Can't See the Game? Scroll to the waaaay bottom of page and click on "Play on Desktop"

Delightful Children's Book empowering all children, especially the child who feels "left out"

THE Best Solitaire Game You'll Ever Play! NO NUMBERS!
​The Order of the Presidents is the Order of the Game!
​ How to Play: Start with King, Queen, Jack as in regular Solitaire.  Then think of President Kennedy as the 10 which follows the Jack. Proceed from there!
​ Need Help with the order of Presidents?  List is at bottom of the game. 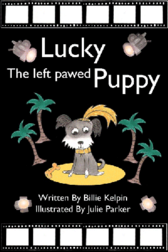 An Audiobook APP for Smart Phones